I just did a talk on emoji in Hungary 😊

I had the absolutely amazing opportunity travel all the way to wonderful Budapest to DjangoCon Europe 2016, and present a talk entitled “The Power and Responsibility of Unicode Adoption”

The Django and Python communities are fantastic: the talks covered many levels of technical content, plus launched several new projects, and discussed other important matters about mental health and general well being.

Held in the wonderful Budapest Music Centre, with an amazingly musical theme, the three days of talks and two of sprints was an amazing experience.

"ASKING FOR HELP IS NOT THE SAME AS FAILING" - @erikpub #djangocon pic.twitter.com/FHey1Ua5OR

Eric and Micky launched Happiness Packets, a way to actively send love to someone who has helped you in your journey.

PyBee also launched it’s contributor project: anyone at the world-renouned DjangoCon Sprints, or anyone else for that matter, who contributors to the PyBee suite earns a shiny Challenge Coin; a physical manifestation of the contribution given to an amazing opensource project.

A lot of conferences now are doing things about having more inclusive conference swag, so when Tomasz said there was some special presents at the registration desk, I knew it would be something special.

I was originally told that there was a theme of emoji at DjangoCon, and after mentioning that I had some thoughts on the subject, the prolific enabler Russell suggested that I should submit a talk… 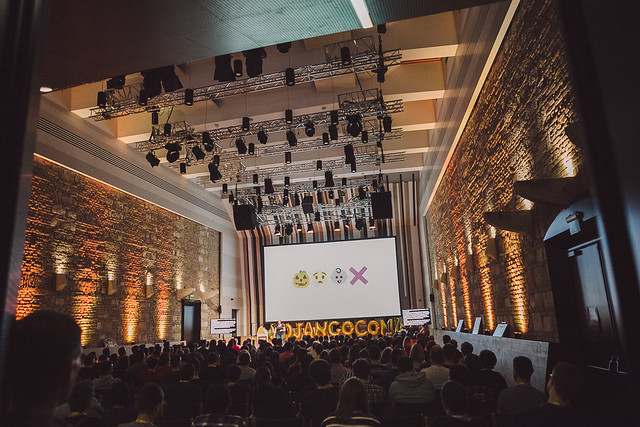 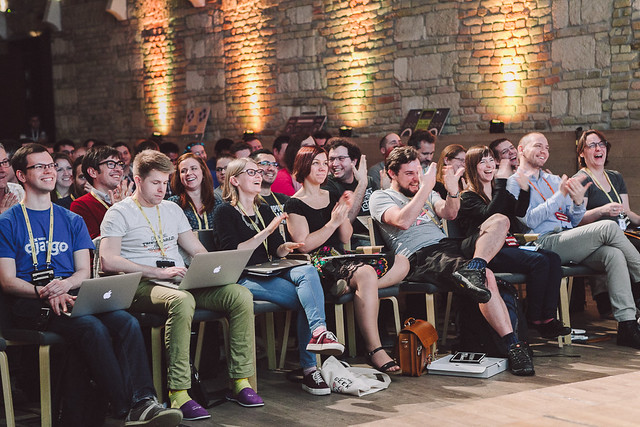 My “token emoji talk” was extremely well received, by all accounts, and it was a pleasure to give.

According to some, one of the examples in my talk has been turned into a meme added to the enclave of themes of Django, among the great memes such as stroopwafel (which are absolutely tasty!)

And as always, the lightning talks at Django/Python conferences can come up with absolute gems…

Also of note: this conference had live stenographers, which was an absolutely awesome thing to have at a conference where a lot of the attendees speak English, but not as their first language.

@freakboy3742 and a warning from the MC #djangocon pic.twitter.com/nPpkpWUhxa

Georgina and Sheryll were wonderful, trying to keep up with the fast speakers, and making the talks available in a more accessible way. 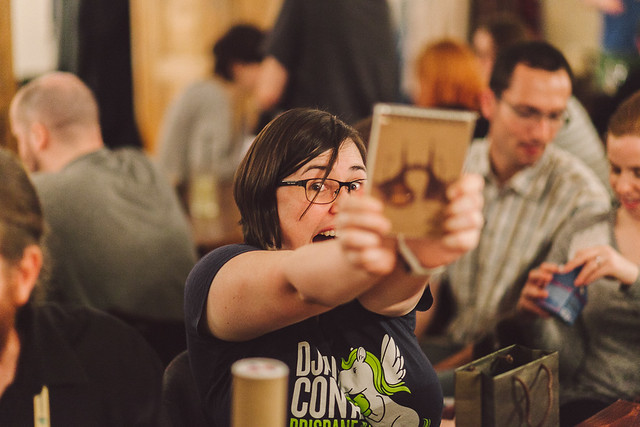 DjangoCon Europe was outstanding. I have eternal gratitude to the organisers, volunteers, attendees and new friends; as especially to the Django Software Foundation, which granted me financial aid that helped me get all the way over to the other side of the world for an unforgettable week.

You can see my entire tweetstream from DjangoCon Europe here

The incredible photos from the event can be found on Flickr