For the last few months I’ve been travelling about and doing a talk on emoji at various conferences.

The full talk title is:

The Power ⚡️ and Responsibility 😓 of Unicode Adoption ⚡️

As you can see, this talk title is a little bit interesting, since there’s not one, but three emoji.

This has caused a few issues in the past…

The first time I saw my talk title appear on printed media… they removed the emoji entirely.

Asking the organisers on this one, apparently I really confused the printers!

Thankfully, DjangoCon Europe had an abundant amount of emoji stickers, so I was able to correct this.

The printed booklet was also an issue. These emoji look slightly off, and weren’t in colour (the entire booklet was black and white)

However, I have another little nugget in my abstract. It has “🤔”, a Unicode 8.0 (2015) emoji that didn’t work on a lot of systems, include macOS, only a few months ago.

So in the printed program, it just shows up as a box. 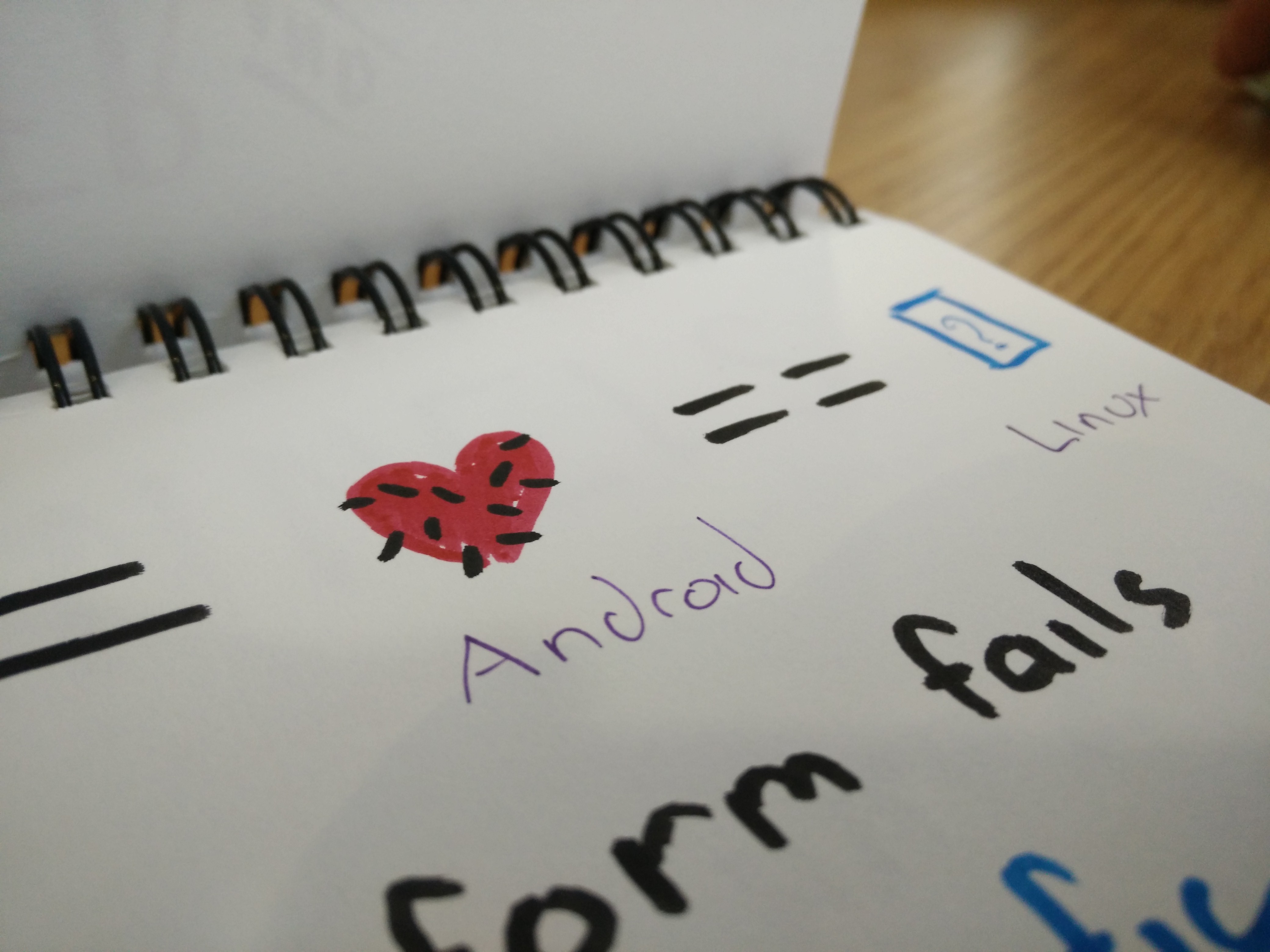 Thankfully, those who make their own artisnal emoji by hand can get around these issues (Art by Idan Gazit) 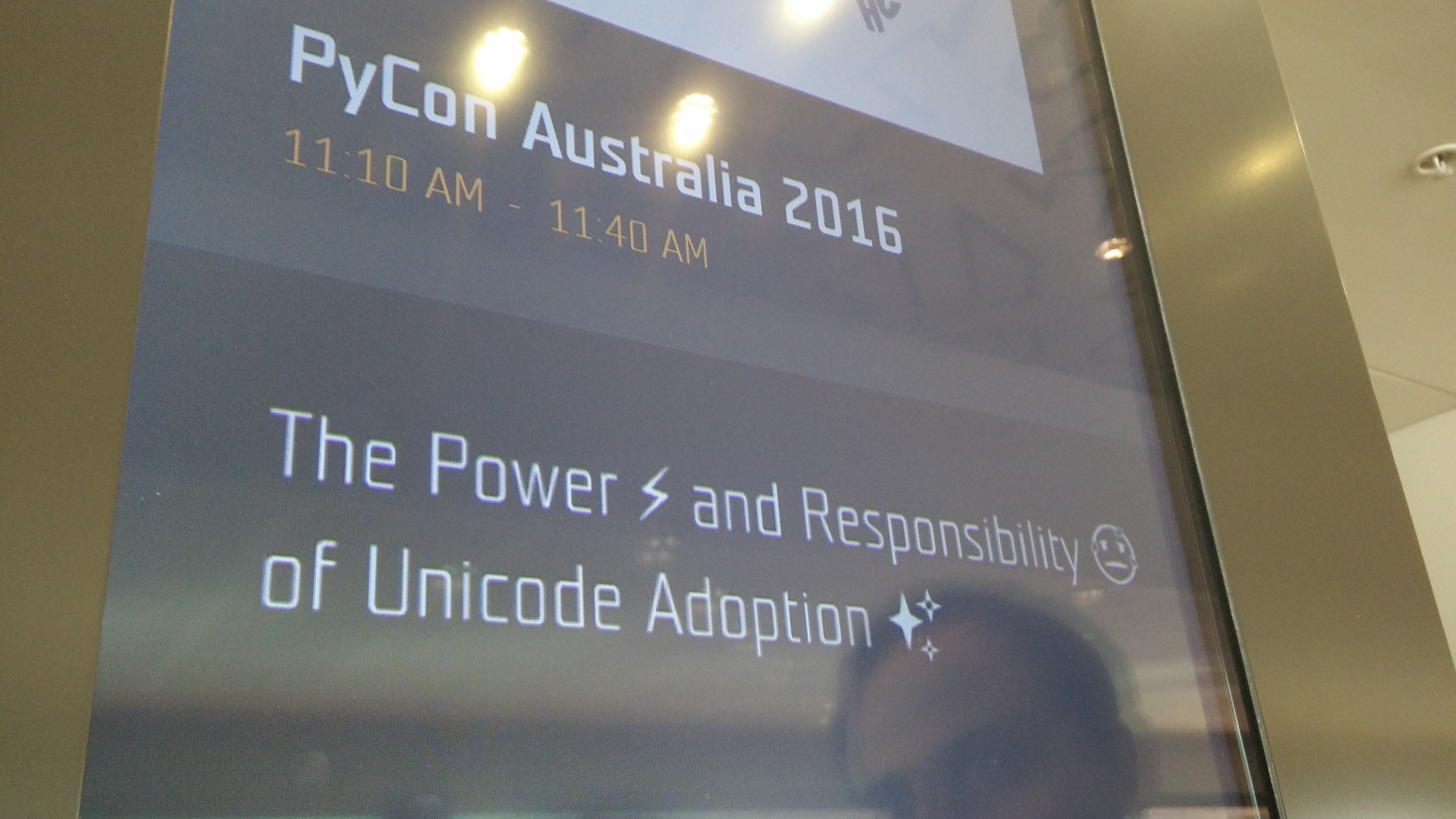 The one time I was on a digital display (and remembered to take a photo) I got wonderful black and white icons again.

You’ll notice these are the same as the ones from the booklet above. These are Windows emoji before they went colour, so Windows 8.0 or below. It could be Windows XP. Which isn’t surprising given it’s a digital display.

In the printed copy of the program guide, it was just spaces.

Although, the AV team got a wonderful version.

And the MC for my talk got another version, which meant she introduced my talk as “The Power, lightning bolt, and responsibility, square, of unicode adoption, square”. <3 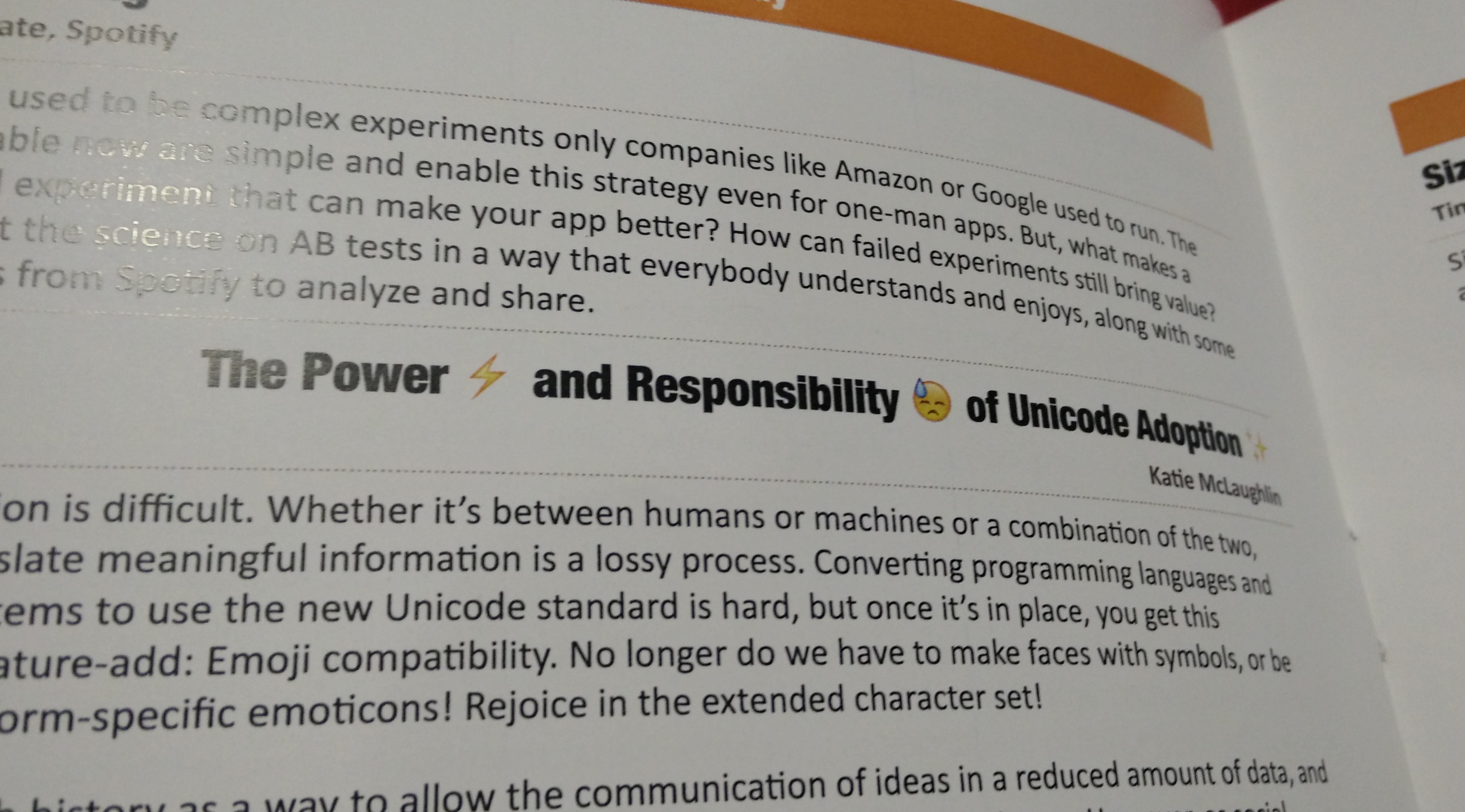 One of the only conferences to get it 100% right was /dev/world, an Apple user conference. 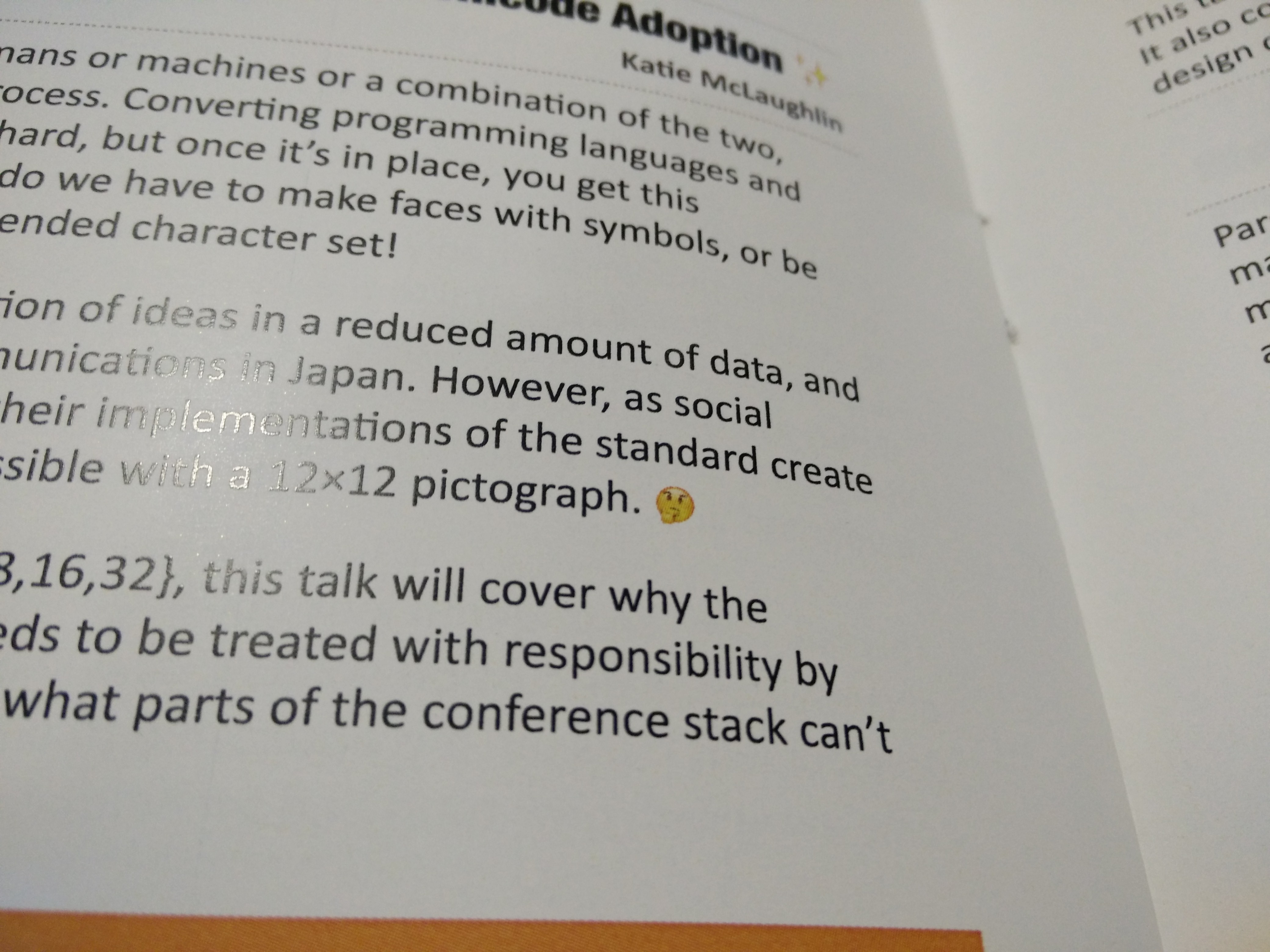 They even got the 2015 vintage emoji right. Bless.

From the wonderful /dev/world organisers:

And from a conference which I submitted a security-related version of the talk, with only emoji in the title, I asked for a copy of my proposal submission (because they were using Google Docs).

This is what they sent back:

So now you know how emoji can break your talk titles.. don’t do it. I only use it because that’s what my talk is about. If your talk isn’t on emoji, please don’t use things that will break systems.