Emoji saturates our lives, with many if not all social media platforms allowing emoji use. There are a number of systems that don’t work just yet, but systems being able to handle Unicode is improving slowly.

To get Unicode working in systems, the Ned Batchelder describes as the “Unicode Sandwich” works well.

Unicode sandwich: keep all text in your program as Unicode, and convert as close to the edges as possible.

This is relatively simple: just use the Unicode Sandwich method. Many databases handle Unicode, so this is Solved. A lot of legacy systems don’t, but through upgrades and iterative improvements Unicode handling is possible.

As soon as a storage platform can handle Unicode, it can implicitly handle emoji; it’s just a subset of characters.

On mobile, this is Solved. Many newer operating systems include native keyboards that include a emoji keyboard, often accessible via a short or long press on the Enter button on the standard keyboard.

On Mac OSX, the Character Input widget, accessible via the Command + Control + Space command, allows for searching of not only emoji, but all Unicode characters. These can then be pasted into input.

Other operating systems such as Windows 10 Anniversary Edition have soft on-screen keyboards that provide a similar input mechanism.

There are also Browser extensions such as EmojiOne for Chrome, or using websites like Emojipedia to search for and copy emoji into the clipboard.

But as for a generic solution, this is more difficult.

To date, the best current implementation I’ve seen is the current shortcode system on GitHub Comments.

The observed JavaScript manipulations in the comment field is:

At this point, the string is raw Unicode. The emoji character uses the operating system default representation, and the string is able to be copy-pasted into other applications.

As far as I’m aware, this is entirely client-side JavaScript, but is not available as open-sourced code.

A note on autocorrect: autocorrecting of shortcodes, and emoticons (:), o_O) can lead to issues. The interpretation of emoticons may not be universal, for example, :$ may mean ‘embarrased’ to some, but ‘money mouth’ to others. Also, :100: is the shortcode for 💯, but is also used a lot in IPv6 addresses. Allow for disabling of autocorrecting, and store the raw text serverside as not to lose meaning. 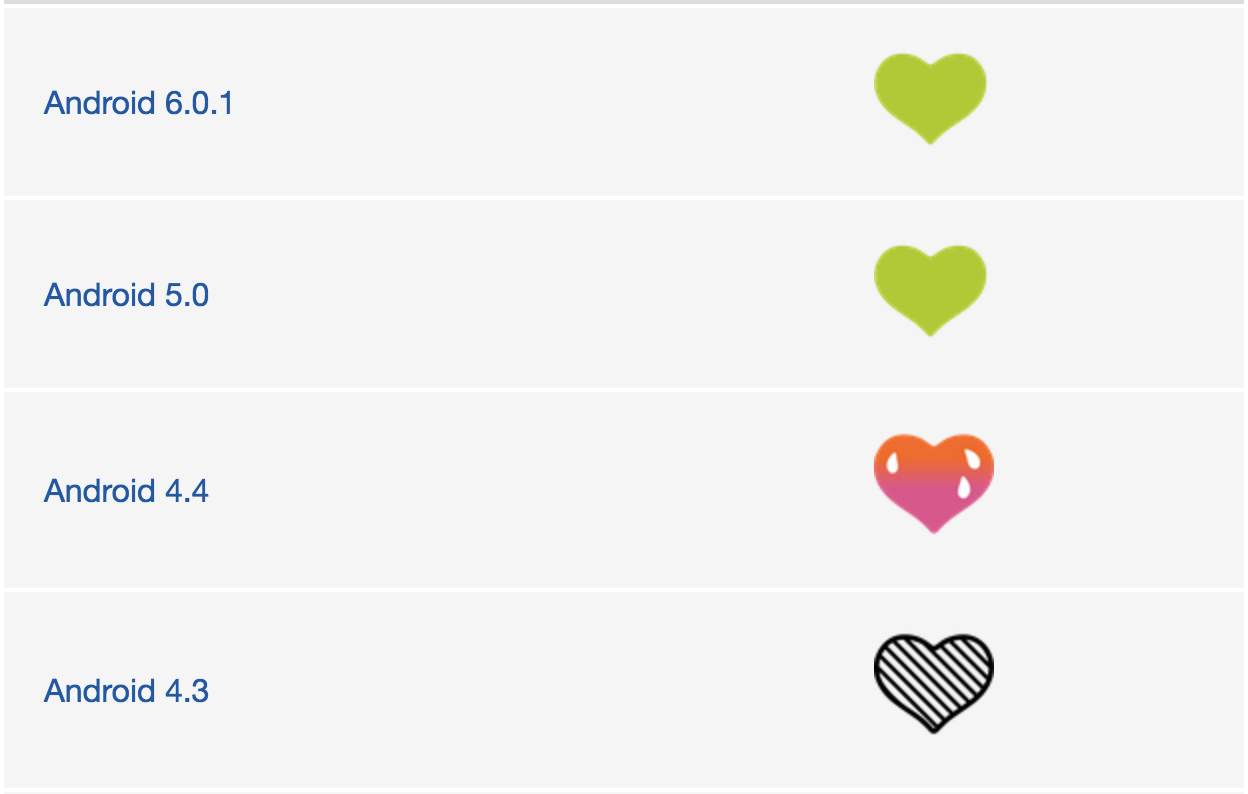 Depending on the browser and operating system you use, this is highly variable.

To check what your preferred browser and operating system supports, check out this unicode test page. Results will vary based on your browser (on El Cap, Firefox Safari and Android results are all slightly different), but any emoji that show as replacement characters or squares will show any versions of Unicode you don’t have support for.

This is why I advocate for defaulting to fallback images for all websites that display emoji. Otherwise, the output is far to variable, and prone variability.

The best implementation of this to date is the Twitter Web style. It uses alt text, title attributes, and in Direct Messages containing only emoji, bigger images. This works really well, and helps mitigate misinterpretations in emoji

You can see the resulting HTML using this method below

Here is an example of this implemenation:

, the upside down face.

The benefits of using this method include:

Try these on the inline image above.

Twemoji and EmojiOne do have JavaScript based, CDN backed solutions for this, but this is only does image replacement, and sometimes alt-text.

I’ve seen no client-side solution that includes the title texts. This is probably because the amount of data required to list all the emoji descriptions is several megabytes of raw text. Caching and such aside, it’s a lot of data. Twitter solves this by using server-side logic so the client is saved from a hefty download, but unfortunately their implementation isn’t available.

It should be relatively easy to implement such a solution for whichever web platform used, given all the Unicode data is public, and Twemoji and EmojiOne are sufficiently licensed to allow for use in such implementations.

A proof of concept for such an implementation is available for Python in the emojificate package. Technical details relating to the implementation are provided in the README.

With an ever-changing Unicode standard, having a solution that works on a platform-independent basis is paramount to mitigating miscommunication. There are continual updates to the representations of emoji, but they will only be useful for those who have the ability to update their platform. Having a works-everywhere solution will help solve for emoji now, and allow for a way for future updates.

[0] If this means people stop using known-broken versions of Android, et al, by promoting that you’ll get new emoji with your security updates, then I’m all for it.